Stella started playing the harp shortly after her family's move from Minnesota to Champaign at the age of five under the tutelage of local musician Molly Madden and began singing in 2016.  She was invited to sing the national anthem while playing the harp before the UI's volleyball match on Nov. 12, 2016. 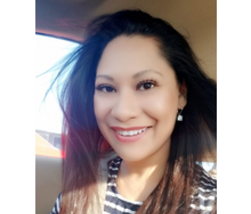 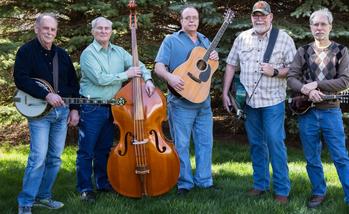 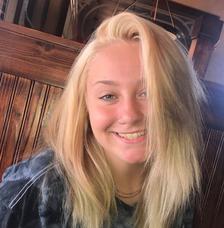 Black Ridge Road has played traditional Bluegrass Music at venues throughout Central Illinois since forming seven years ago. No autotune or electronic effects, their sound focuses on acoustic instruments and old time harmony. You may have heard them live on 90.1 FM, WEFT radio, or seen them perform at Friday Night live in downtown Champaign. No strangers to local music venues, The Rose Bowl and the Iron Post, they also entertain at local churches and senior centers in addition to festivals such as the Chet Kingery Memorial Bluegrass Festival in Arthur and the CU Folk and Roots Festival in Urbana.
The band consists of Jim Hand (Bass), Mike Kleiss (Banjo), Roy Brittin (Guitar), Doug Buchanan (Dobro), and Roger Bowen (Mandolin). You are likely to see them Tuesday nights at the local Bluegrass Jam at Urbana’s Lincoln Square Mall where Mike Kleiss has been the unofficial host for over 20 years. 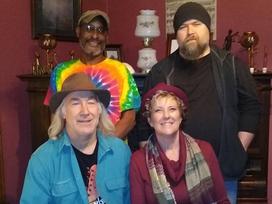 Jimi Dragonfly began in early 2019 as an acoustic collaboration between John McMahon, on acoustic guitar and vocals, and Ginny Tabb, on vocals, performing an eclectic list of covers, as well as some of John's original works. After a few months, the "electric" version of the band was created, adding John's electric guitar, Mark Rebmann on bass, and Alfie Wilson on drums. Both the acoustic duo and electric versions play a wide range of venues, from wine rooms to music festivals to live rock venues. Artists covered include Jefferson Airplane, The Eagles, The Ramones, Brandi Carlisle, The Beetles, Pink Floyd, Flaming Lips, Janis Joplin, Concrete Blonde, Smashing Pumpkins, David Bowie, Rolling Stones, Elton John, and many more! 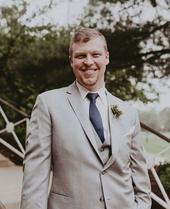 Jena is a vocalist.

Jena says, "Jesus has been there with me through my whole life. He guides my life. He gave me the gift of song and now I sing for him." 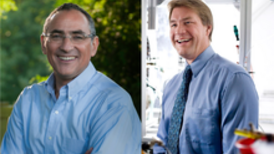 Colin began singing in grade school performing in community theater. He continued pursuing theater and music through high school and college, performing in Madrigals, musicals, and choir. He attended the University of Illinois, Urbana-Champaign where he performed with the Xtension Chords, an all-male a capella group. While he sang with the group, he also got a Bachelor’s and Master’s in Economics. He met his fantastic wife, Megan, while working at the U of I Community Credit Union during grad school. They got married last June. Colin has also recently begun working to give back to his community by serving as Treasurer for Champaign County’s Habitat for Humanity Affiliate. 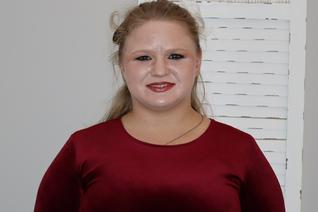 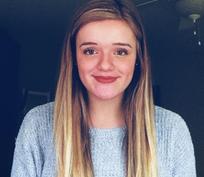 I was raised in Saint Joseph, IL and I've been here my whole life. I went to high school here at Saint Joseph Ogden where I participated in chorus and drama. Now I go to Illinois State and this is just one of the steps I’m taking towards performing more, now that I’m 18. I have some singing videos up on instagram @sammischmidtmusic and I’m always trying to broaden my horizons and get myself out there.

KALESA is an all-Filipino cover band that started performing together in 2018. They enjoy playing various genres of music, including rock, pop, R&B/soul, and country. KALESA performed for Friday Night Live 2019 in Champaign and was voted "Best Up-and-Coming Band" in the readers' poll for Buzz Magazine's edition of Best of CU 2019.
KALESA is thrilled to be included alongside other local artists/performers for CU's Got Talent 2020 and hopes you enjoy the show!!

Check out their silent auction offering too! 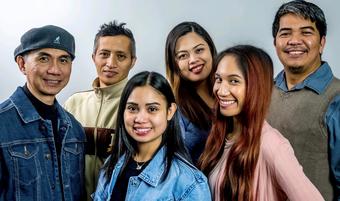 Maria Vasquez has been a Champaign-Urbana resident for 20 years. She has a great appreciation and love for the community serving in various charity events including being President of a charity organization (Jennifer's Gifts from Above) that she cofounded with her best friend Johnny Namoff. Some of the organizations she is a partners with include Keller Williams Realty Partners, Champaign County Association of Realtors, Signarama and serves on the Executive board of the Champaign GOP Party. Much of Maria's personal life is kept private, however, dancing has always been a huge part of her life. Salsa dancing has kept her well grounded and connected to her culture. "As I get older, I find myself drawn and doing more things that keep me in touch with my Latin origins and I lose myself in this world of pure happiness and joy.

David Neil Ruzic is the Abel Bliss Professor of Engineering and is in the Department of Nuclear, Plasma and Radiological Engineering at the University of Illinois at Urbana-Champaign where he joined the faculty in 1984 after receiving his PhD in Physics from Princeton University and post-doctoral work at the Princeton Plasma Physics Laboratory. David is on YouTube (Illinois energyprof) where his videos have been seen over 1.7 million times. His current group consists of 1 Research Scientist, 2 Post-Docs, 12 graduate students and 21 undergraduate research assistants and over $1.5M of external research funding.

Larry Kanfer is a local, Midwest-based photographic artist. After receiving his degree in architecture from the University of Illinois in 1979, he opened his first photography gallery and studio in Champaign. Larry’s training in architecture taught him to view his surroundings analytically and artistically. He has used those skills to create photographs that speak to viewers on an emotional level through their composition and content. While he is most well-known for his Prairiescapes, he has also created a variety of other major photographic collections, and more recently has extended his collection to Mixed Media. He also has an extensive University of Illinois collection showcasing the beauty of his Alma Mater. Eight critically acclaimed collections of his images have been published with a ninth book in progress. His website is www.kanfer.com